The Difference Between State and Federal Criminal Offenses

There are two types of court in the United States – federal and state courts. If you are charged with a crime you may not be aware of the distinction between state and federal criminal offenses.

There are key differences between the federal and the Texas state courts. The punishments will also vary depending on which system your case is heard in.

While the State of Texas has state and local courts, federal courts are established under the U.S. Constitution. The justices in these courts decide on disputes involving the Constitution and laws that have been passed by Congress. 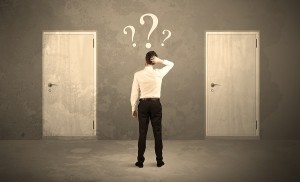 It may be hard to distinguish between federal and state courts

Most criminal offenses concern violations of state law and are tried in state court. However, when a defendant is accused of violating a federal law, he or she will be dealt with by the federal system.

Not all laws can be easily parceled up between the two systems. Robbery is most commonly defined as a crime by state laws rather than federal laws with certain exceptions such as robbing a bank whose deposits are insured by a federal authority.

However, a recent U.S. Supreme Court ruling suggested most robberies should be federal crimes. In the case of Taylor v United States, the defendant was indicted under the Hobbs Act, federal legislation that tackles “actual or attempted robbery or extortion affecting interstate or foreign commerce.” The justices said the federal government has jurisdiction over marijuana and its intrastate aspects, heralding a widening of federal jurisdiction over robberies.

Some of the most serious crimes are federal offenses and they may involve investigations by multiple federal agencies. Typically, the penalties are higher.

This is particularly the case with first-time offenders. If you have been charged with a drug offense in a Fort Worth court you could be placed on probation. A similar charge in a federal court could land a first-time offender with a prison sentence of 10 years.

Federal offenses also offer fewer opportunities to be released from prison than state crimes. In 1987, Congress eliminated parole for federal defendants convicted of crimes committed after Nov. 1, 1987. Although federal prisoners no longer benefit from parole, they may earn reduced terms for good behavior.

Our Fort Worth criminal defense firm is dedicated to protecting the rights of the accused. We have a long track record of fighting convictions in state and federal courts. Call the Medlin Law Firm for aggressive representation at (682) 204-4066.