Texas Teens Will be Trained on Interactions With the Police

Negative interactions between the police and members of the community made headlines in recent years. In some high-profile cases, drivers were shot dead during traffic stops. Now Texas teens will be trained to handle interactions with the police.

New drivers, high school students and police officers will receive training on how they should act during these tense encounters under new legislation.

A tragic case in Texas was one of the catalysts for the legislation. In 2015, when a Texas state trooper pulled over Sandra Bland, an African American woman, for a minor traffic infraction, the situation quickly deteriorated.

Bland was arrested and put in a cell where she was found hanged. The apparent suicide led to calls for the law concerning police traffic stops to be changed.

Under Senate Bill 30, high schoolers, new drivers and police officers will receive training about how to act during police interactions. 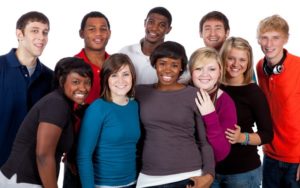 Teens are trained on interactions with the police

The new state law went into effect in September, but it will take time to create the courses which are due to commence in September 2018.

The legislation followed a tense couple of years between law enforcement and communities in Texas. As well as the death of Sandra Bland, five Dallas police officers were shot dead by a sniper during a Black Lives Matter march in 2016.

Senator Royce West, D-Dallas, the author of the new bill, alluded to the tensions. He said:

“We’ve seen some fatalities and we’ve seen people pointing the finger at one another.”

From next September, Texas’ public high school curriculum, training for new and veteran police officers and driver’s ed classes must include instructions on the role and duties of police officers and the rights of suspects during a police interaction,

This instruction will include lessons on correct behavior for both citizens and cops during stops, more information on the laws on questioning and detention by police and how you can file a complaint or even a compliment to a police department.

We often see cases in which the rights of citizens are violated during traffic stops. When this occurs, any evidence the police collect is inadmissible in court.

In its latest version of the Texas Driver Handbook, the Texas Department of Public Safety has added recommended actions during traffic stops.

The Tribune notes key suggestions such as keeping one’s hands close to the steering wheel and not reaching into your glove box for proof of insurance or your driving license until you have talked to an officer.

The book points out drivers can ask to leave if they have been held at a traffic stop for an extended period of time. They can decline search requests when there is no probable cause.

If you have been arrested after an improper police stop in Tarrant County, please call our experienced criminal defense team today.