Teachers in Texas often face the wrong kinds of headlines. In recent years, we have seen a spate of cases in which educators have been accused of having improper relationships with students.

The situation became so serious the Texas Education Agency recently called on the state’s lawmakers to adopt new legislation and provide hundreds of million dollars in funding to finance investigations.

The Texas Tribune reported that the agency has asked for $400,000 extra in the budget for the next two years to pay for the salaries of two more investigators and an additional administrator in its investigations unit. The department has seen a surge of investigations into improper relationships between teachers and students. 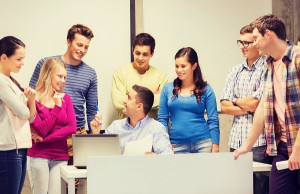 Texas is to look more closely at teacher/student relationships

The Tribune reported that the education officers are pressing lawmakers for legislation to help curb these scandals. The agency wants to see school districts immediately revoke the teaching licenses of sex offenders and make school superintendents subject to criminal penalties for failing to report these relationships.

A recent report on Channel 2 in Houston found relationships between teachers and students were at an all-time high in Texas.

1 – Alexandria Vera of Stovall Middle School in Houston was accused of improper sexual acts with a 13-year-old student and becoming pregnant by him. She was released on a $100,000 bond in the summer.

2 – Felicia Smith from the same school was sentenced to three years’ probation and dismissed from her job in 2014 for giving a student a sexually suggestive lap dance.

3 – Brittni Colleps, a teacher from  Kennedale in Texas, was found guilty of having improper sexual relationships with five of her students in 2012. She was sentenced to five years in prison.

4 – In August 2016, Darrell Harris, who taught ROTC at Brennan High School in San Antonio, was charged with having an inappropriate relationship with a 16-year-old girl.

The Texas Education Agency claims schools are letting teachers who face allegations leave on their own rather than terminating them because it’s cheaper. However, some of them re-enter schools.

At present, the State Board of Educator Certification is able to sanction superintendents for failing to report improper relationships, but they are not in violation of the criminal law.

There’s a wide range of sentences for teachers who engage in inappropriate relationships with students. Teachers are in a vulnerable position in the current climate and may false allegations from students.

You can be charged with sexual assault of a minor even if it’s consensual. You will face a heavy penalty for this crime. If you are charged with any sexual offense you should contact an experienced Fort Worth criminal defense lawyer as soon as possible.