Texas has moved a step toward making cyberbullying a crime by giving a hearing to a new bill that would enable schools to be more involved in reporting intimidation of students.

Minjarez pointed out the current law in Texas does not allow schools to become involved in a bullying incident if it occurs after school hours. Minjarez spoke to people who lost children due to bullying before submitting her bill.

Those who lost a loved one include a San Antonio family. The TV station KXAN reported how 16-year-old David Molak committed suicide in early 2016. His parents said he was repeatedly harassed and bullied online. 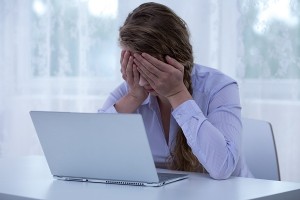 “You can’t turn a blind eye. I don’t want to see any more kids committing suicide because they’re victims of cyberbullying.”

The bill would make it a Class A Misdemeanor for anyone under the age of 18 to be bullied.

It would also confer more civil powers on parents who have children that are victims of bullying.

Schools would be given more powers to intervene on bullying issues. Three key changes are:

At present, Texas has some laws that can be used against online harassment and intimidation. For instance, online impersonation is an offense.

As apps and programs become more sophisticated, there’s an impetus on prosecutors to keep pace with technology. However, there is also a thin line between freedom of expression under the First Amendment and what can constitute a threat on the Internet.

At the Medlin Law Firm, we are dedicated to defending the accused no matter what the charges are. Please contact us for a free consultation today.