Texas Man is Found Guilty of Assault on Woman in 1999

When a defendant in Texas is picked up for an alleged crime elsewhere in the country an extradition procedure will routinely take place between states.

Recently, a 41-year-old Texas man who was found guilty of the sexual assault of a woman in DuPage County in Illinois was extradited to the northern state.

Robert Noyola-Espinal was convicted of six accounts of aggravated criminal assault and one count of home invasion after a four-day trial.

A report on ABC News stated Noyola-Espinal was in custody at the DuPage County Jail since 2014 when his bail was set at $1 million. 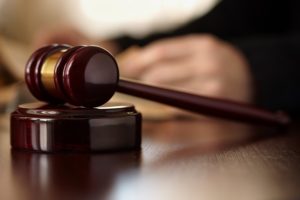 Man guilty of 1999 assault on woman

On Feb. 27, 2014, he was extradited from his home in Texas to DuPage County and subsequently charged with the offense.

Interstate extradition frequently takes place when a defendant who is wanted for a crime in one state lives in another.

Every state has jurisdiction over people living within its boundaries but no further.

To legally arrest someone who is wanted for criminal activity in a state other than the one where the crime was committed and to return the defendant to the state charging the crime, there must be cooperation between the two states. This involves a two-step legal process. The first step is the issuance of an interstate arrest warrant. The second step is extradition.

Prosecutors said Noyola-Espinal knocked on the front patio door of the victim’s apartment in DuPage on Feb. 7, 1999.

The woman thought a friend had come to call. She started to open the door. When she realized she was unfamiliar with the man outside, she tried to close it. Prosecutors said the intruder forced his way in.
Noyola-Espinal was accused of sexually and physically assaulting the woman before running away. He eventually fled the state.

The woman visited a neighbor’s house to call for help, according to media reports. Lisle police set up an investigation and put DNA evidence collected at the scene into the federal Combined DNA Index System (CODIS).

Authorities reported a hit on the DNA profile which implicated Noyola-Espinal in October 2013. The Texan was linked to another crime scene.

The investigation led to the extradition of Noyola-Espinal from his home in Texas to DuPage County where he was subsequently charged with the crime that carries a sentence of 24-60 years in prison.

DuPage County State’s Attorney Robert B. Berlin said justice had been served even though it was a long time coming.

The terms and procedures for interstate extraditions are set out clearly by a U.S. Supreme Court case and are considerably more straightforward than extraditions between countries.

The clause applies to felonies, misdemeanors, and even petty offenses. The court has held that if a state refuses to surrender an individual to another, a federal court may order the surrender.

If you have been charged with a serious crime like sexual assault, you should hire an experienced Texas criminal defense lawyer. See our resources on sexual assaults here or call us today for a free consultation.