Texas Man Arrested When He Fell Asleep During Armed Robbery

Alleged robberies are foiled in many ways. However, in a bizarre case in Texas, a man accused of robbery was reported to have fallen asleep during the incident.

Abilene police said 20-year-old Kanyoni Sedekiya was armed with a gun at his apartment complex. He was accused of arguing with his roommate, whom he allegedly bound as he demanded money.

Police then said Sedekiya fell asleep. His roommate managed to escape around 4 a.m. He made it to a neighboring apartment and alerted the police while Sedekiya was sleeping.

A report in the New York Post stated Sedekiya later surrendered without incident.

The Abilene man was held on an aggravated robbery charge, with bond set at $60,000.

Although falling asleep during an alleged crime is unusual, it’s not unprecedented. A report on Vibe noted, on Aug 1, Kristofer Neilson, 29, and Erika Levis, 27, of Washington State, broke into more than 40 storage units using bolt cutters. Police later found the men asleep in a truck covered by a tarp nearby. 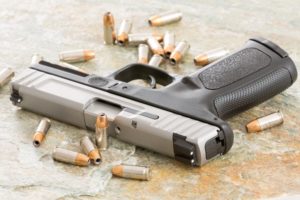 In Texas, both robbery and aggravated robbery are very serious crimes. To prove robbery, prosecutors must show that during a theft, the defendant intentionally, knowingly or recklessly caused bodily injury to another to sustain a conviction of aggravated robbery.

Alternatively, a prosecutor can prove a defendant intentionally, recklessly or knowingly threatened a victim or caused the victim to fear bodily injury or death.

Robbery is charged as a second-degree felony and carries a potential 2 to 20 years in prison and fines reaching $10,000.

Robbery can be elevated to aggravated robbery if the prosecutor proves that the defendant used or exhibited a deadly weapon or the victim was threatened or put in fear of bodily injury or death, was 65 years of age or older, or was either physically, mentally or developmentally disabled.

If you are charged with aggravated robbery, you may permanently lose your liberty. No lawyer can guarantee results, but our Fort Worth criminal defense lawyer will draw on his considerable experience to fight to get you the best result.

Call the Medlin Law Firm today for a free consultation.