The Texas Driver Responsibility Program is controversial and troubled. Despite ongoing criticism, politicians failed in efforts to end it during this year’s legislative session.

The program was set up in 2003. It was an attempt by state lawmakers to improve public safety and increase funding for uncompensated trauma care in Texas.

Drivers who commit certain offenses like driving while intoxicated (DWI), speeding and driving without a valid license are charged additional fees post-conviction.

The initiative has become increasingly unpopular, reported the Texas Tribune.

It has been subject to intense scrutiny for not properly notifying offenders and collecting just half of the billed surcharges. Some commentators warn it disproportionately harms the poor by keeping them trapped in a cycle of rising fees. 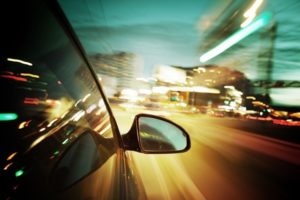 “What it really is is a system where people who mess up, we … just beat them while they’re down.”

This year legislators had high hopes of ending the driver responsibility program in Texas. It didn’t happen.

House Bill 2068 passed the House but failed to make it to the Senate floor for consideration.

The potential loss of funding to trauma centers has emerged as the biggest obstacle to the abolition of the Driver Responsibility Program.

The Tribune spoke to Mandy Mann, a motorist who suffered financial hardship due to the program.

Mann was driving on a suspended license but she did not know it. In 2015, she was pulled over and arrested for failing to comply with the terms of the Driver Responsibility Program.

Mann, a single mother from Waco, enrolled in the program after being cited for driving without insurance in 2009.

She ended up paying up about $2,500 in fines and fees. She finally contacted the Texas Fair Defense Project, which helped her get her costs waived. She said drivers should be reinstated once they serve their sentence, but this is almost impossible under the Driver Responsibility Program.

We discussed the high burden this program places on drivers in our article about the cost of a DWI in Texas which you can read here. You’ll face paying a fee of $1,000 a year for three years, or double that if your blood/alcohol was above 0.16 at the time of the offense under the program.

The Driver Responsibility Program makes it more difficult for offenders to get back on their feet again. If you have been charged with a DWI or a DUI, please call our Fort Worth criminal defense lawyers today.