Texas allows the open carry of long guns. It’s a situation that one lawmaker wants to change in the aftermath of a church massacre.

Nevarez said the change is not about disarming Texans. However, he was widely criticized by gun advocates.

Texas has some of the most liberal gun laws in the nation. In 2015, the Texas Legislature passed a bill allowing concealed handgun permit holders to begin carrying handguns openly. This includes long guns. The bill was signed into Texas law on June 13, 2015, and took effect at the beginning of 2016. A License to Carry (LTC) is still required to have a handgun openly or concealed in public.  It is not needed for long guns. 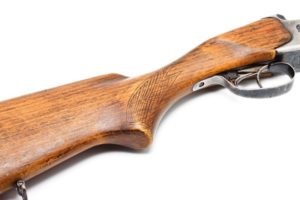 Lawmaker calls for ban on open carry of long guns

“We have this oddity in Texas where you can walk around locked and loaded. Let’s get that out of the equation. To me, that’s just common sense.”

Navarez said the aftermath of the Sutherland Springs shooting was an ideal time to talk about gun measures, reported the Star-Telegram.

Despite calls for tougher gun restrictions, President Donald Trump and gun supporters said it was not the time to discuss gun control. Trump claimed the Texas shooting was related to mental health issues.

The Star-Telegram noted anyone carrying a handgun must have a License to Carry in Texas. However, no such license is required for a long gun, including assault rifles. The open carry issue has divided some experts.

A recent law allows the carrying of concealed handguns onto many public college campuses in Texas, although they are banned at some.

The article stated there were 378 mass shootings where three or more people were killed up to the time of the Sutherland Springs massacre.  More than 530 deaths occurred and more than 1,600 were injured across the nation, according to the Mass Shooting Tracker database.

The gun laws of Texas can be confusing. If you face gun-related charges, you should contact an experienced Tarrant County attorney. Please call us today for a free consultation about your case.