Texas is tough on DWI offenders. A new study suggests it’s one of the toughest states in the nation.

A study in WalletHub ranked Texas as the 13th toughest state for DWI charges in the country in a 2017 drunk driving list.

In compiling the study, experts ranked the 50 states on 15 factors related to penalties and prevention. 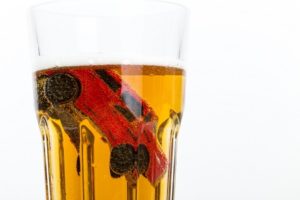 DWI penalties are rough in Texas

Pertinent factors include the requirement of Texas for defendants to spend a minimum of three days in jail after the first DWI offense and 30 after the second.

The state often tops the national table for deaths caused by drunk drivers. From 2003 to 2012, the Lone Star State recorded 13,138 deaths linked to intoxicated drivers, according to Centers for Disease Control and Prevention.

With the grim prospect of fines as high as $10,000 on top of jail time and ongoing driver surcharges of $1,000 – $2,000 a year, you should never take a drunk driving charge lightly. A DWI conviction can seriously harm your future. If you lose your license and are unable to drive, you may lose your job. You may not be able to pick up your kids from school or go shopping. A DWI conviction will impact your prospects when you seek future employment. It may harm your prospect of enrolling on a college course.

When some drivers are charged with DWI for the first time they panic and want to plead guilty as soon as possible. This can be a very serious mistake. Police can and do make errors in DWI stops and arrests. Breath test equipment may be faulty and you may be able to beat a charge. Find out more about the possible consequences of a DWI charge here.

If you have been hit with a DWI charge, it’s important to act fast and to hire an experienced Fort Worth criminal defense lawyer.