Texas is Highlighted as an Example of Successful Criminal Justice Reform

Texas is often seen as a state that’s tough on crime and its causes. However, the state is also lauded as an example of successful criminal justice reform.

The Lone Star State has been praised by the right for cutting the cost of justice and by the left for reducing the number of people incarcerated.

States like Texas have carried out what’s described as ‘smart reforms’ by changing sentencing laws and pretrial practices and addressing prison release policies. 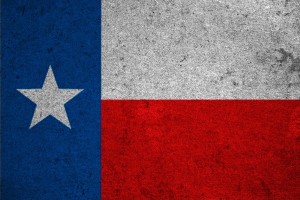 The reforms reduce the growth of the prison population and relieve unsustainable costs for states. The money that’s saved often goes into programs that cut crime and recidivism such as services for victims and behavioral health treatment.

The Justice Reinvestment Initiative is guided by the Department of Justice and Pew Charitable Trusts.

It helps states to coordinate the alternatives to incarceration by bringing together a task force of prosecutors, judges, victims’ advocates, and other stakeholders like criminal defense lawyers and academics. They consider data about the prison population and formulate a plan that stems its growth and reduces reoffending.

In Texas, the authorities invested broadly in JRI. The Washington Times story said this policy yielded $3 billion in savings in a decade, and diverted hundreds of millions of dollars into other programs.

Texas’ most important reinvestment policy was the introduction of drug courts, which resulted in lower re-arrest rates and re-offending rates, the article states.

Texas still has more inmates than any other state. However, it has reduced its incarceration rate and shut down three prisons.

Miscarriages of justice still occur, and we continue to see junk science masquerading as forensic techniques.

If you have been charged with an offense in Texas, it’s imperative to get experienced legal representation as soon as possible. Call the Medlin Law Firm at (682) 204-4066.