Contract killings differ from many murders in that they are not crimes of passion but are akin to business transactions.

Contract killers have usually murdered a considerable number of people and are unlikely to see the outside of a prison cell again after they are sentences.

Recently, the Star-Telegram reported that a Texas Mexican Mafia hitman who admitted his involvement in 16 killings on behalf of a gang, received five consecutive life sentences.

Ruben “Menace” Reyes, 37, was branded a threat to society by Senior U.S. District Judge David Alan Ezra. The judge took the unusual step of recommending that Reyes serve his sentence at the Supermax prison in Florence, Colorado. America’s most hardened prisoners are incarcerated at the Supermax. 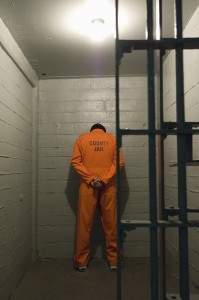 Judge Ezra said there was little prospect that Reyes could be rehabilitated. He said the hitman had “no conscience.”

Reyes was said to be involved in 16 killings. He was convicted in five of the murders, including that of a police officer from the San Antonio area.

At a hearing in 2015, Reyes said he killed at least 16 people. The killings came as the gang sought to dominate the local drug market by the use of violence and intimidation.

Reyes was charged with just five of the killings because some of the evidence related to the others didn’t match his admissions. Reyes did not make a plea deal. He pleaded guilty on July 10 to violent crime (murder) in aid of racketeering, aiding and abetting and the use of a firearm in a crime of violence.

Reyes was convicted in the deaths of five people — four of them gang members and Balcones Heights police officer Julian Pesina – from 2013 to 2014. Authorities believe Reyes was a suspect in as many as 35 killings.

Offenses of this nature will land any defendant facing a term of life in prison or the death penalty.

Generally,  offenses will carry a heightened penalty if they are committed in the context of gang activity.

The Extent of Gang Membership in Texas

In 2013, the Huffington Post reported more than 100,000 people are involved in gang activities in Texas. The figures came from the Department of Public Safety’s 2012 gang threat assessment.

The research found overall gang activity is growing in Texas, with about 2,500 gangs operating in the state. They often assist Mexican drug cartels to “smuggle drugs, people, weapons, and cash across the border.”

If you have been charged with an offense related to alleged gang activity, you are likely to be facing a very serious sentence. Contact our Fort Worth criminal defense attorney here for experienced representation.