Texas executed a Mexican national in the fall of 2017, despite an international outcry. Death row inmate Ruben Cárdenas was put to death despite a spate of 11th hour appeals and objections from his home country and United Nations human rights experts.

The execution went ahead on Nov 8, reported the Texas Tribune after the Supreme Court denied appeals made on behalf of the death row inmate.

Cárdenas gave a final address in which he thanked his family, friends, lawyers and the Mexican government for their help.

The Mexican death row inmate was injected with a lethal dose of pentobarbital. He was found guilty of the murder of his 16-year-old cousin Mayra Laguna in 1997.

Cárdenas said he entered his cousin’s room via an open window and kidnapped, raped and killed the girl before dumping her body near a canal. 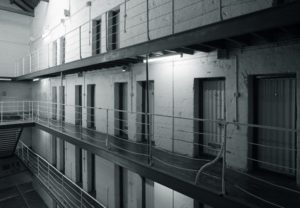 Although the family of the victim celebrated the execution, it was controversial because of a failure to comply with international law.

Cárdenas was denied the chance to speak to his country’s consulate after his arrest more than two decades ago in violation of an international treaty.

There were other irregularities in the case. Cárdenas was not given an attorney until 11 days after his arrest. His representatives argued evidence against him was faulty and his confession was coerced by police.

“If the scheduled execution of Mr. Cárdenas goes ahead, the US Government will have implemented a death penalty without complying with international human rights standards.”

The United States is accused of flouting international law in numerous cases.

Under the terms of the 1963 Vienna Convention on Consular Relations, foreign nationals who are arrested must be told they can notify their consulate and receive regular consultation when they are held in detention.

More than a decade ago in 2004, the U.N.’s International Court of Justice (ICJ) found the United States violated the treaty in the cases of 50 Mexican nationals on death row, including Cárdenas

If you have been charged with a serious offense of this nature, call our experienced Fort Worth criminal defense lawyers today.