On occasions, suspects accused of driving while intoxicated will take extreme measures to evade the law. In a recent case, a driver was arrested after driving into a lake.

A report on ABC12 noted police in Arlington said officers gave chase to suspect Daniel Basham after getting reports that an impaired driver had struck another vehicle.

As a police officer pursued Basham, the 40-year-old man drove his vehicle into Lake Arlington.

Police said Basham allegedly jumped out of his car and attempted to swim to the Fort Worth side of the lake. They said Basham eventually gave up trying to elude the police and swam back to officers, who arrested him. 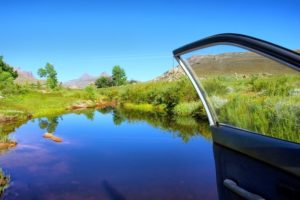 ABC12 reported Basham was subsequently charged with driving while intoxicated (DWI), evading arrest and possession of a controlled substance.

If a police officer attempts to stop you over a suspected DWI you should always comply and never seek to escape from the police. You may be hit with additional charges like evading arrest and worse as happened in the case in Arlington. However, suspects to continue to attempt to elude police.

In 2016, a DWI stop in Texas ended in injury for an El Paso police officer who was struck by a driver as he conducted a field sobriety test.

The TV channel KVIA reported the incident occurred in December 2016. The officer, Andy Rodriguez, was conducting a field sobriety test on a driver who had been involved in a crash when another alleged drunk driver hit a patrol car. The car then headed toward the officer and the man taking a test for drunk driving.

The 23-year-old driver of the car who hit the officer was charged with DWI. A court report said she failed six out of eight times when asked by an officer walk in a straight line as part of field sobriety tests and three out of four times when asked to stand on one leg.

Find out more about breath tests in the State of Texas on our website. If you have been charged with DWI, it’s important to mount a strong defense. Call our Tarrant County criminal defense lawyer today for a free consultation about your case.