We don’t usually associate Texas with a lull in executions. But that’s exactly what’s happened over the last few months after the Criminal Court of Appeals halted four in the space of as many weeks.

An article in the Texas Tribune published in September noted the last time the death penalty was used in the Lone Star State was five months earlier. 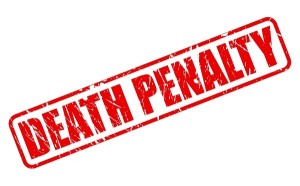 It represents the largest gap in executions in Texas since 2008. At that time, concerns over the constitutional aspects of the lethal injection led to a national slowdown. This time the reasons for the lull are less clear.

Although execution dates for death row prisoners continue to be set, judges and the state’s courts have halted or rescheduled executions. Two judges have alluded to new tactics by Texas defense attorneys.

Opponents of the ultimate penalty hope the lull represents a more significant change in attitudes but it may be too early to say for sure.

Texas executed six death row prisoners up to September. Another 13 death sentences were halted or delayed.  Texas Court of Criminal Appeals halted six of them including four in as many weeks.

Those whose executions were stayed included Rolando Ruiz, 44. He was convicted and sentenced to death for the murder-for-hire of Theresa Rodriguez.

Ruiz’s execution was stayed following allegations about the adequacy of his representation at his original trial.  Ruiz is also arguing that it is unconstitutional to be executed more than two decades after he was convicted in 1992.

More fundamental questions were raised over the stay of execution the Texas Criminal Court of Appeals granted to Jeff Wood in August.

The case of Wood casts major questions over the death penalty. He was an accomplice who was not even in a store when a friend killed the clerk. He was outside in the car. An article in The Intercept said Wood’s case calls into question the constitutionality of the death penalty in Texas.

At the Medlin Law Firm, we defend people who are charged with murder in Fort Worth and elsewhere. We are well aware of the random nature of the death penalty.  You can read more about our murder defense here.