When serious crimes occur a teen offender may be tried as an adult. This was the case in late 2017 with a 16-year-old Fort Worth youth accused of killing a teen with a hammer.

Roache is accused of using a hammer to kill a Bedford teen. He was certified to stand trial as an adult.

Jordin Roache was rushed out of the courtroom Wednesday afternoon after Judge Tim Menikos reached his decision following an almost four-hour hearing in December. 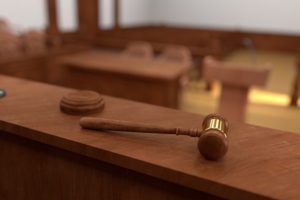 Teen from Fort Worth is being tried as an adult

An attorney for Roache argued that the teen would be held more accountable in a juvenile facility than in the adult system if he was found guilty.

He also reportedly questioned Bedford detectives about the prospects of locating another suspect in the brutal killing of 14-year-old Kaytlynn Cargill, a teen whose body was found in an Arlington landfill over the summer.

The 16-year-old was arrested at O.D. Wyatt High School in Fort Worth, stated his arrest warrant.

The warrant, obtained by the TV station NBC 5, said the 14-year-old was involved in a drug transaction when she disappeared. The suspect lived in the same apartment complex as the victim.

Investigators said they found the girl’s blood on a hammer in the boy’s room.

Cargill disappeared on June 18, 2017, when she was walking her dog in the Oak Creek West Apartments in Bedford where she lived with her family.

Her body was discovered two days later at an Arlington dump on Mosier Valley Road. The Tarrant County Medical examiner ruled the girl’s death was caused by homicidal violence. He was able to offer few additional details.

In Texas, 17-year-old offenders are treated as adults. In 2012, the U.S. Supreme Court ruled that mandatory life sentences for teens without the possibility of parole for juvenile offenders are unconstitutional.

However, the high court also permitted states to impose life sentences for juvenile offenders who are “irreparably corrupt” and “permanently incorrigible.”

Teens who have committed serious crimes like murder may be tried as adults in Texas and face the prospect of imprisonment in places intended to punish rather than rehabilitate offenders.

If you have been charged with a crime as a teen your life may be ruined at an early age. Please call us today for a free consultation about your case.