In March, the Los Angeles Times noted the crusade against racial bias may go as far as allowing judges to second-guess what occurred in a jury room and setting aside a trial result.

Justice Anthony M. Kennedy, stated it is “imperative to purge racial prejudice from the administration of justice.” He said this may require sidelining the traditional rule judges cannot second-guess what went on in the jury room. 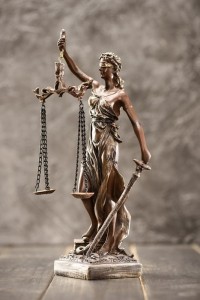 The 5-3 decision represented a somewhat limited exception to the rules about judges making assumptions about what happened in the jury room. It’s limited to cases where one or more jurors made statements “exhibiting overt racial bias.” The statement must have cast a serious doubt on the result of the case.

The Supreme Court majority ruled in favor of a Mexican American man who was convicted of the sexual assaults of two teenage girls in a bathroom at a horse-race track in Colorado.

The identity of the assailant was in question. However, jurors convicted a track worker called Miguel Angel Pena-Rodriguez, of unlawful sexual contact and harassment.

Racial bias was alleged during the jury deliberations. After the trial, two jurors told a lawyer that another juror who used to work in law enforcement said that Mexican men had a bravado that made them believe they could get away with sexual assaults on women.

The comments may have swayed other jurors. The judge reviewed the sworn statements. However, Colorado law prohibits the reopening of a trial based on comments in the jury room. The Colorado Supreme Court concurred and upheld the so-called “no impeachment rule.”

However, the U.S. Supreme Court overturned that decision in the case of Pena-Rodriguez v. Colorado.

The National Association for the Advancement of Colored People (NAACP) issued a news release praising the recent Supreme Court decision. It stated:

“Prior to this case, “no-impeachment rules” in state counterparts to Federal Rule of Evidence 606(b) were widely interpreted as shielding the jury deliberation process from judicial inquiry or review under these circumstances. Only sixteen jurisdictions and the District of Columbia recognized an exception to the no-impeachment rule for juror testimony about racial bias in deliberations.”

Shortly before the Pena-Rodriguez v. Colorado decision, the U.S. Supreme Court ordered a new hearing into the case of Duane Buck, a man from Houston in Texas who was sentenced to death.

Racial bias was present during Buck’s trial when a defense witness said Buck was more likely to re-offender because he’s black. The testimony may have swayed the jury to impose a death sentence, reported USA Today.

Every year, we see cases in Texas in which race may have played a part in an arrest, a prosecution, or a verdict. The death of Sandra Bland in a prison cell, highlighted how black people may be more likely to be targeted by traffic police.

If you are facing a criminal matter in Tarrant County, please call our defense lawyer for a free consultation today.