Texas has an “implied consent” law. It means you are assumed to implicitly comply to a breath or a blood test if a police officer has a reason to test you. Refusal to take a test can lead to your license being suspended for 180 days for a first offense.

However, a recent U.S. Supreme Court case has a bearing on these laws. The justices considered what constitutes an unreasonable search and seizure of a suspected DUI driver. 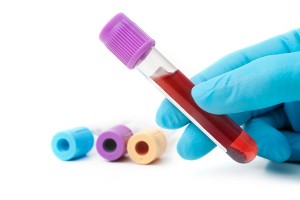 The justices ruled officers must first obtain a search warrant to carry out a blood/alcohol test on a suspected drunk driver. However, states were justified in making a refusal to take a breath test a crime.

This important drunk driving case followed three separate appeals — one from Minnesota  and two from North Dakota — involving men who were arrested for drunk driving. They were told they would face criminal penalties if they refused to submit to a test for alcohol.

In the cases in North Dakota and Minnesota, all three men refused breath tests. They were tested anyway. One was given a breath test and two had their blood drawn. They were all found to be driving drunk. Due to their refusal, the three drivers were charged separately for declining the tests.

They appealed, arguing that making their refusal to submit to testing a criminal offense violated their Fourth Amendment rights. The Fourth Amendment relates to unreasonable searches and seizure. Supreme courts in North Dakota and Minnesota were not convinced. The case went all the way to the U.S. Supreme Court.

The Supreme Court ruling was a partial victory for the drivers. Justice Samuel Alito explained direct blood tests “are significantly more intrusive” on privacy. He said states cannot conduct them without obtaining a warrant.

He was less sympathetic to the arguments related to breath tests. Alito said their impact on privacy is “slight.”  He said the use of breath tests by police officers is reasonable under the Fourth Amendment and exempt from the requirement to obtain a warrant.

Justice Sonia Sotomayor dissented. She would have gone further and required a warrant for both forms of tests. She wrote.

“I fear that if the Court continues down this road, the Fourth Amendment’s warrant requirement will become nothing more than a suggestion.”

Our Texas DWI attorneys talk more about the state’s “implied consent” law here. If you are penalized for refusing a test, you should contact us for help. Call (682) 204-4066.