In February, the justices considered the case of Lester Packingham, a man from North Carolina. Packingham was convicted of statutory rape for having sex with a 13-year-old when he was 21. Almost a decade later, he was charged under a North Carolina law that prevents sex offenders going on social media sites that can be accessed by minors. 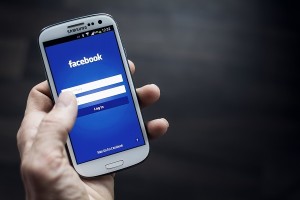 Police brought charges under the social media law even though they found no evidence that Packingham used Facebook to contact or meet with minors. A court convicted him and he received a suspended sentence.

Packingham appealed the sentence and the case went all the way to the Supreme Court.

Packingham claimed his First Amendment rights were being impacted because he was cut off from an important source of information and news. He pointed out President Barack Obama once conducted a town hall on Twitter. Obama said social media sites form an essential part of modern democracy and sex offenders should not be completely banned from them.

Lawyers for Packingham took issue with North Carolina’s definition of “social media.” They said it was too broad and too vague. They argued the state could protect children online without violating anyone’s free speech by charging sex offenders who access social media and websites for “nefarious purposes.”

Thirteen states submitted legal papers that backed the North Carolina law. They said it the law is intended to prevent the illicit use of social networking sites. They pointed out social media sites like Facebook are used in about a third of Internet-related sex crimes resulting in arrest. Texas has a law that prevents social media use to certain sex offenders.

The Supreme Court appeared to be on the side of those who argued restricting social media rights is in violation of the First Amendment.

At least five of the eight justices suggested even sex offenders should not be barred from social media, reported USA Today.

They said such social networking sites have become such an important source of news and information, pointing to President Trump’s regular tweets.

The rapid development of new technology can make laws obsolete and open to challenge. At the Medlin Law Firm, we are dedicated to your rights after an arrest.