Students Are Still Ending up in Court, Despite Measures to Decriminalize School Sanctions

Changes in the law in Texas like ending criminal jurisdiction over truancy were intended to severely restrict school crimes.

However, student advocates say they fear they are still being punished too aggressively, reported Houston Public Media.

Texas Appleseed, a public interest law center based in Austin, published a recent report entitled Dangerous Discipline. It highlighted how students are dealt with by police, courts and juvenile probation. 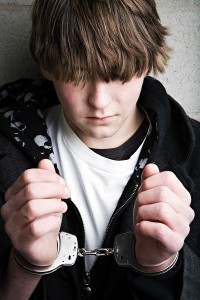 school sanctions have been decriminalized in Texas

It warned too many young people are still being dealt with by the criminal law in a way that that is detrimental to their future. The report concludes:

“Texas school districts continue to rely on police officers, juvenile probation, and courts to address low-level, school-based behaviors, despite an ever-growing body of research showing the many ways these methods harm youth.”

Young people from minorities and those with disabilities are disproportionately more likely to end up in the juvenile courts.

In recent years, Texas has enacted changes in its laws that are intended to keep more students out of the courts.

In 2013, the legislature abolished two Class C misdemeanor offenses, Disruption of Class and Disruption of Transportation for students who were in schools. Legislators prohibited police officers from writing tickets to young people on their home campuses, instead demanding a more formal complaint process to charge students with Class C misdemeanor offenses. Two years ago, the legislature removed the criminal offense of Failure to Attend School.

Instead, police officers in school districts with more than 30,000 students must undergo youth-focused training.

The report found on average school districts in Texas spend more than twice as much on law enforcement than on counselors: $1.4 million compared to $534,000.

The report says there should be four school counselors for every police officer. It also recommends eliminating fines and criminal records for young people charged with Class C misdemeanors, boosting data collection and training educators in alternatives to punitive discipline measures and criminality.

If you end up in the courts at an early age, it can send you on a downward path and you could end up in an adult jail. It’s important to work with young people to moderate their behavior rather than use punitive measures wherever possible.

If your son or daughter is charged with an offense, it’s important that you obtain experienced legal representation as soon as possible.

Our Fort Worth criminal defense attorney can help you.