The shooting of a police officer or another public official in Texas carries a capital murder charge. In the fall of 2017, a student at Texas Tech was charged with the killing of a university police officer.

A report on NPR stated Hollis Daniels confessed to the killing of the university police officer at the campus in Lubbock.

Campus police were reportedly dispatched to Daniels’ room to check on his welfare after suitemates called the university because they were concerned he was having suicidal thoughts.

NPR reported university police found drugs and drug paraphernalia in Daniels’ room when they showed up. Daniels, a communications studies major, was arrested and taken to the police station for “standard debriefing,” the university claimed in a statement.

An affidavit filed by Lubbock Police Det. Thomas Bonds stated Texas Tech police officer Floyd East was finishing off paperwork at the computers in a police briefing room. Daniels had not been handcuffed. 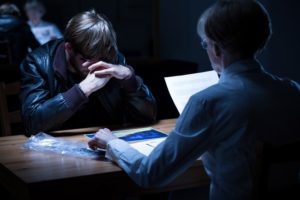 NPR reported another officer heard a loud bang. He returned to the briefing room to find East with a gunshot wound. A shell casing was recovered nearby. East’s body camera was reported missing, and his pistol was holstered.

Texas Tech was placed on lockdown for about an hour until police located Daniels near the Lubbock Municipal Coliseum. He was apprehended and taken into custody. Police said they found a loaded .45 pistol and a police body camera nearby.

The affidavit stated the student told officers he shot “their friend.” The document said he later told them he did something illogical.

Daniels was charged with capital murder of a peace officer. He was being held on a $5 million bond at Lubbock County jail, according to reports.

The killings of police officers have made headlines in Texas in recent years and resulted in legislation that makes offenses against police a hate crime.

The catalyst for that legislation was the killing of five police officers by a sniper in Dallas in 2016.

University campuses in Texas have seen a spate of violent incidents in recent months including a stabbing at the University of Texas in Austin.

If you have been accused of a serious crime of this nature, please call our Fort Worth criminal defense team for a free consultation today.