State Rep. Victoria Neave is Arrested for DWI in Texas

Thousands of DWI arrests occur across Texas every day. However, when a politician, an actor, or a famous musician is arrested for a DWI it makes headlines. Earlier this year, State Rep. Victoria Neave was arrested and charged with DWI in Dallas.

A report in the Texas Tribune stated Neave was arrested in early June and for driving while intoxicated.

She was booked at the Dallas County Jail in the early hours of the morning, four hours after police received a call that a car had hit a tree in the Lakewood neighborhood, Dallas police said. 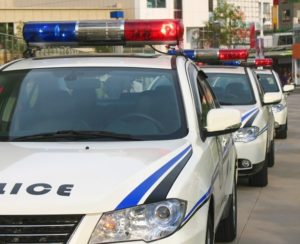 One TV report claimed the representative was uncooperative and refused to perform field sobriety tests or to give a breath or blood sample. She said she was invoking her Fifth Amendment rights.

The representative who is serving her first term in the House was released at about 10 a.m. the next morning, according to the Dallas County Sheriff’s Department.

The Tribune reported Neave later apologized to her district and pledged to accept the consequences of her actions. In a statement she said:

The 36-year-old represents parts of Dallas, Garland, and Mesquite and serves on the House Committee on Judiciary and Civil Jurisprudence.

Victoria Neave is not the first politician in Texas to be charged with a DWI. Most famously, former Texas governor and U.S. President George W. Bush was charged with a DUI in 1976 in Maine.

State Rep. Naomi Gonzalez was charged with a DWI after a wreck in El Paso. State Rep. Eddie Rodriguez was arrested in 2010 for allegedly swerving into a bike lane. The DWI charge was dismissed by a judge who said there was insufficient evidence for Rodriguez to be pulled over.

Find out more about traffic stops and DWIs in Texas here. If you have been charged with drunk driving, please call us today for a free consultation about your case.