Sisters Kidnapped in 1985 Are Found Alive in Texas

Kidnapping is one of the most high-profile crimes in the United States. A kidnapping often leads to the issuing of amber alerts and considerable media publicity.

The majority of kidnappings are carried out by family members rather than strangers.

Recently, two sisters reported to have been kidnapped by their mother in in 1980s were found alive in Texas.

A report in the Daily Mail stated Elaine Yates allegedly took her daughters Kimberly and Kelly from their home in Rhode Island during a bitter custody battle. 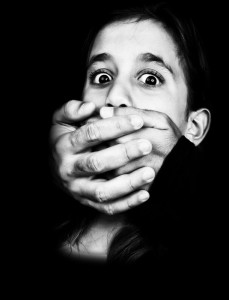 At the time, the children were four-years-old and 10-months respectively,

Yates, is now 69. She was living in Texas under the alias Liana Waldberg. The Daily Mail reported she is facing two counts of child snatching and faces up to 20 years in prison under state law

Kimberly and Kelly are now aged 35 and 32 respectively. They were reported to be living in Houston and have families of their own, a report in the Providence Journal stated.

A combination of social media posts and court records assisted investigators in concluding Waldberg was Yates.

The Daily Mail report said Yates abducted the two girls after finding her husband, Russell Yates, with another woman.  Yates said after the arrest, he did not want his former wife to be prosecuted.

Penalties for Kidnapping in Texas

The offense of kidnapping is treated very seriously in Texas and can leave a perpetrator facing a long stretch behind bars.

The offense arises if a defendant intentionally or knowingly abducts another person. It does not have to take place over a considerable period of time and typically these cases involve family members. Often, a parent who lacks custodial rights will take a child.

In Texas, you can be convicted of the more serious crime of aggravated kidnapping if you:

In Texas, kidnapping is classified as a third-degree felony. The offense carries a penalty of two to 10 years in state prison as well as a potential fine of up to $10,000.

Aggravated kidnapping is a first-degree felony. The offense carries a penalty of five to 99 years in state prison as well as a fine of up to $10,000.

If you have been arrested for a crime, you have rights that you can read about here. Please contact our Tarrant County criminal defense lawyer for a free and confidential consultation at (682) 204-4066.