Sessions’ Tough Crime Policies Are Obstructed by the States

Attorney General Jeff Sessions has already made his mark on the law and order agenda with a pledge to be tougher on crime.

However, the policies are at odds with those of some states, even in the conservative south, which have been pursuing reforms intended to cut back on their prison populations.

Sessions made it clear when he became the nation’s attorney general that he will oversee the rollback of Obama administration policies. However, over six months into Sessions’ term, state governments all across the country were still passing soft-sentencing reforms, reported The Daily Caller.

During the Obama years, both Republicans and Democrats found considerable common ground on criminal justice reforms. 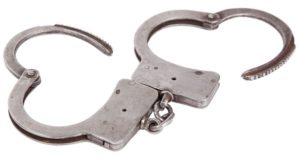 States across the country balked at ever increasing prison costs and implemented reforms to find alternatives to locking defendants up. These states included Texas under former governor Rick Perry.

The prospect of removing non-violent, first-time drug offenders from behind bars drew Democratic support as well.

The Daily Caller reported Sessions is up against several years of legislative momentum as he tries to return to an approach that’s tough on crime. Some states have other ideas.

In Illinois, Bruce Rauner, the state’s Republican governor, signed a sweeping bail reform measure on June 6 which is intended to get more people out of jails. In Oklahoma, Republican Gov. Mary Fallin signed SB 603 on June 5 to reduce the state’s recidivism rate by matching up restitution payments to a prisoner’s ability to pay.

Sessions is seeking to implement a “tough-on-crime” agenda. Earlier this year he issued an order instructing DOJ prosecutors pursue the most severe sentencing possible. Some Republican and Democratic senators joined forces to oppose the order.

The senators are worried the order will imprison more non-violent drug offenders on mandatory minimum sentences. These are often recreational drug users rather than addicts with a drug problem.

In June, four senators wrote a letter to Sessions calling for him to change the contentious sentencing policy. They pointed out the Department’s policy is based on the premise that it’s vital to enforce the law fairly and consistently.

“We agree,” the senators wrote in the letter. “The problem is that, in many cases, current law requires nonviolent first-time offenders to receive longer sentences than violent criminals.”

With the prospect of tougher sentences ahead, it’s vital that you receive powerful legal representation. Call our Fort Worth criminal defense lawyer today for a free consultation about your case.