The enforcement of white collar crimes may take a backseat under the Trump administration as Attorney General Jeff Sessions concentrates on violent crimes.

Sessions and Trump recently made it clear they intend to crack down on violent crimes, drugs and illegal immigration.

Many commentators believe this could signal a shift in resources from prosecuting white-collar criminals on Wall Street and elsewhere, reported Fox News.

In April, Sessions sent a memo to all 94 U.S. attorneys. On a visit to the Mexican border, he asked prosecutors to focus more on immigration offenses. He has announced the setting up of task force groups to focus on violent crimes, illegal immigration, sentencing, human trafficking and other violent crimes. 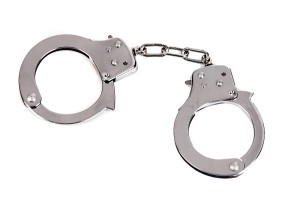 There was a big push to pursue white collar crimes like fraud under the administrations of George W Bush and Barack Obama.

The drive was partly motivated by the fallout from the recession seven years ago. Americans grew increasingly angry over the corruption of the big banks as they foreclosed on their homes.

Some white-collar defense experts predict prosecutions of securities law and other financial violations will now take a backseat as the DOJ refocuses its mission.

Many experts see the change in emphasis, along with a 4 percent cut in the budget of the Department of Justice, as representing a retreat from white collar crime prosecutions.

In the Fox report, Alan Dershowitz, a defense attorney and Harvard Law School professor, said a more conservative approach is likely to crimes like corporate corruption.

Bill Black, an associate professor of law and economics at the University of Missouri, said he believes white collar criminals will have a “field day.”

If you have been charged with a white collar crime like corruption, it’s important to hire an experienced Tarrant County criminal defense lawyer.