Long sentences as a tool in drug enforcement are on the cards under the Trump administration’s attorney general Jeff Sessions.

For some commentators, this represents a bleak ‘back to the future’ scenario.

In May, NBC News noted the rhetoric of Sessions sounds like the old days when any drug crimes were met with harsh sentences.

The Trump era of drug enforcement has arrived, and there are parallels with the old days.

The new approach was outlined in a memo from Sessions. He told federal prosecutors to end the leniency for low-level drug offenders and to seek the toughest sentences possible. 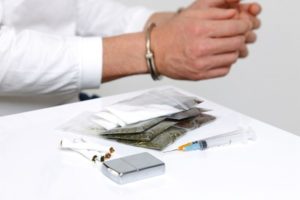 Drug enforcement stepped up under Sessions

It’s not a new approach. The so-called war on drugs was powered by mandatory minimum sentencing laws.

The war on drugs can be traced to the early 1970s. Former president Richard Nixon declared a “War on Drugs,” in 1971. He described drug abuse as “public enemy number one,” reported The History Channel.

However, under former President Barack Obama, the Justice Department sought to rein in the use of these statutes. Those in favor of a retreat said the laws were used disproportionately against minorities. They cited massive prison overcrowding which was proving to be costly.

Former Attorney General Eric Holder ordered federal prosecutors to concentrate their efforts on high-level dealers. They were told to ease off on low-level, nonviolent offenders with crimes.

Sessions’ approach threatens to undercut cross party progress on cutting the prison population, according to critics. They favor rehabilitation of drug offenders.

“It can’t be emphasized enough that the direction they’re pointing is 180 degrees wrong. Mandatory minimums have had a terrible effect on the American criminal justice system, and we need to retreat further from their use, not return to the patterns of usage a decade ago.”

In Texas, we have also seen a retreat from the zero-tolerance approach to drug offenders.

Certain offenders who commit less serious offenses that don’t involve violence are dealt with in the state’s drug courts. The courts consider treatment-based programs as an alternative to incarceration.

This approach developed since 2001. Critics fear it could be undermined by a new emphasis on maximum punishments.

Find out more about how drug crimes changed over the years on our website. If you need to talk to an experienced Fort Worth criminal defense lawyer, call us today for a free consultation.