Former Texas governor Rick Perry came into office with a reputation for being tough on law and order but he enacted several key criminal reform bills. Now he is backing two bills in Texas that would help people accused and convicted of crimes.

Perry is currently the U.S. Energy Secretary. He recently touted his efforts to reform criminal justice in the Lone Star State and backed two bills in the legislature.

One of them would seal offenders’ records for certain crimes and another that seeks to make the grand jury process more fair for people under investigation. 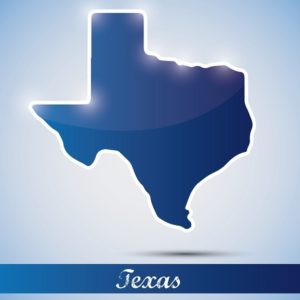 Perry said in the Houston Chronicle article he was initially skeptical about criminal justice reforms in Texas when he was governor.

However, he came to appreciate how the reforms could produce savings in the criminal justice system and divert offenders away from jails.

He said Texas faced a tough scenario in 2007 when it needed to find millions of dollars for thousands of new prison beds. By using the money instead on treatment programs, he was able to make savings.

Perry supported two bills in the Texas legislature that be believed would bring about reforms. A bill by Rep. Senfronia Thompson, D-Houston would allow some first-time offenders to seal their criminal records.

The rationale is these offenders would not be stigmatized if they applied for jobs or college courses after their release.

The bill that Perry backed would allow some first-time, low-level offenders to seal their criminal records. It would make it easier for them to apply for jobs after serving their sentences. The exemption would not apply to violent offenders.

The bill overwhelmingly passed in the House and was the subject of a hearing by the Senate Criminal Justice Committee.

Thompson said these defendants should have an opportunity to make a living after serving their sentence and not be held back by a prior conviction.

A second bill to make the grand jury process more transparent in Texas was supported by Perry.

A revised bill approved by the Senate Criminal Justice Committee requires a prosecutor to receive judicial approval before bringing any case back before a grand jury after a first jury declined to indict.

The bill is intended to prevent double jeopardy from occurring. A suspect would only return before a grand jury if new evidence came to light.

An investigation in the Houston Chronicle in 2014 found major concerns about grand juries in Texas. Jurors were said to be collaborating with prosecutors to intimidate witnesses.

You can find out more about criminal trials here on our website. If you have been charged with an offense in Texas, please call the Medlin Law Firm today.