A large proportion of the jail population in Texas and elsewhere suffers from mental illness. It’s one of the most controversial aspects of jails. In a recent report, a commentator urges the state to stop treating mentally ill people in jails.

Robert Earley, a writer in the Star-Telegram warned jails are serving as the largest mental health institutions in the country.

Earley made reference to a study two years ago by Mental Health America that revealed people with mental illness issues make up more than half of the populations of county jails across the United States. 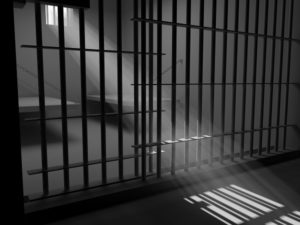 Many mentally ill people are in Texas jails

In Texas, that amounts to as many as 38,000 people with mental illnesses who are ending up in jail over and over again. Earley said while they are often arrested for non-violent offenses, police have few options other than to put them in jail due to the lack of appropriate and viable treatment options.

Earley listed some of the funding challenges mental health services face in Texas. He noted Texas spends about $650 million a year. It helps about 38,000 people. Earley said their substance abuse disorders and mental illnesses are inadequately treated, according to a report by the Meadows Mental Health Policy Institute.

While Tarrant County Jail received mental health screening and treatment from MHMR of Tarrant County for $2.3 million a year, treating about 250 inmates a day, these services are not available in many countries. They are often nonexistent in municipal jails.

The scale of the problems is made clear by the National Alliance on Mental Illness. It states that people with mental health problems are more likely to encounter law enforcement than specialist services.

If you have been arrested for a crime and suffer from a mental health issue, don’t assume the criminal justice system will protect you. Contact our experienced criminal defense law firm today.