Sexual assaults on university campuses in Texas and elsewhere have made headlines over the last two years. A recent report suggests rapes at universities are becoming more prevalent on some campuses.

Reports of on-campus rapes rose in 2016 at a handful of Texas universities, including UT Arlington, UNT, and SMU, according to recently released data.

Officials attributed the rise in reported rapes to greater awareness and more victims being willing to come forward.

The Star-Telegram noted how the number of reported rapes at UNT almost doubled from seven in 2015 to 13 in 2016. SMU reported an uptick from three to five incidents in 2016.

At the University of Texas at Arlington, four alleged rapes were reported in 2016 compared to one the previous year. 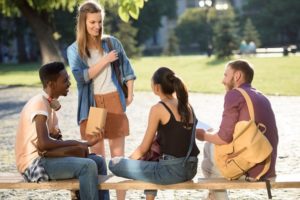 Rapes at universities rose on some campuses

Increased publicity in recent years has made sexual assaults on campus a major issue.

Nationwide, about one in 4 women at colleges reported unwanted sexual contact in a 2015 survey by the Association of American Universities.

A report released earlier in 2017 by the University of Texas in Austin suggested as many as 15 percent of female undergraduates at UT reported being raped. The campus in Austin is one of the largest in the U.S.

The survey came at a time when Baylor University faced a widespread sexual assault scandal involving its football players. Baylor is the nation’s largest Baptist university.

A lawsuit filed in January 2017 claimed the rape culture at Baylor was even more endemic than previously thought. The New York Times noted it listed 52 rapes committed by 31 players from 2011 to 2014. The number is much higher than the figure the university has talked about.

The lawsuit claimed a university investigation was superficial in nature and none of the alleged assailants were interviewed.

The Texas Legislature passed legislation in 2017 related to reporting sexual assaults on campus.

Senate Bill 968 requires universities to allow students and employees to be able to report assaults electronically. Senate Bill 969 provides amnesty to students who report sex assaults and other sexual violence crimes, even if the students are in violation of other laws like underage drinking.

Sex assault charges are very serious. However, these are difficult cases that may be based on uncorroborated evidence. If you have been charged with an offense of this nature, please call our Tarrant County sexual assault defense lawyer today.