The decision to release DWI video of the arrest of country singer Randy Travis in Texas has faced many legal appeals.

However, in June the Texas Supreme Court rejected an appeal from the country music star who is seeking to prevent the public release of a police video showing his arrest in 2012 for driving while intoxicated.

A report in The Statesman noted the decision was announced without comment. It allows a 2016 ruling by the Austin-based 3rd Court of Appeals to stand.

That court said the dashboard camera video was a public record and must be released. 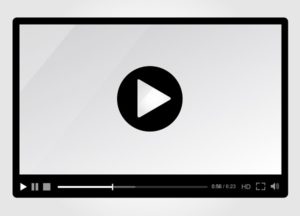 DWI video will be released in Randy Travis case

Previously, Travis’ lawyers asked the Supreme Court to reverse the ruling. They argued it would infringe on the rights of people with mental health and other medical issues.

Court records show the country singer’s DWI arrest five years ago occurred after a single-car wreck outside Tioga about 60 miles north of Dallas. According to the records, Travis was found lying naked in a road. Tests later showed he had a blood-alcohol level of 0.21, more than twice the legal limit to drive.

At the time, Travis was accused of threatening arresting officers.  The charge was dropped in exchange for his guilty plea to DWI.

Copies of the arrest video were later requested under the Texas Public Information Act. The singer objected, but the office of then Attorney General Greg Abbott said state law required the video to be put in the public domain. However, images of the singer’s unclothed body had to be redacted from the waist down.

A drawn out legal fight followed. A Travis County district court concurred with Abbott, as did the 3rd Court of Appeals which ruled the video didn’t fall within the state law’s medical exemptions, adding that privacy protections don’t normally apply to actions taken in a public place.

Attorneys for Travis argued the video footage should not be released because it showed the singer’s medical and mental conditions. They claimed Travis had a right to privacy for actions that were unknowing and involuntary. They alluded to the singer’s state of mind and said he was exhausted after a long overseas tour, intoxicated, medicated and suffering a concussion from the collision.

The lawyers also said Travis since suffered a stroke and was rendered unable to speak in his defense or talk about what happened. His lawyers argued the judgment permitted the release of information at an unfair time, in an unfair manner.

Travis’ lawyers were given 15 days to ask the Supreme Court to reconsider its decision.

There are many facets to DWI cases including how evidence is gathered and released. Police dashcam video plays an important role in many cases. If you have been charged with a DWI it’s important to hire an experienced criminal defense lawyer as soon as possible.