Police Sting Operations – When Are They Entrapment?

We are sometimes asked if police sting operations constitute entrapment. These are active operations in which police go out and seek to find offenders. An example would be a format like the NBC TV series To Catch a Predator in which people respond to an internet ad to meet an underage child who is really an actor backed up by law enforcement.

Whether or not police sting operations constitute entrapment may depend on the conduct of the police or those agents who are working with them. 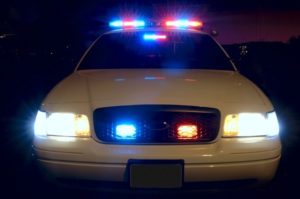 If the conduct of the police or the people working with the police is sufficient to cause an innocent person to commit a crime, it could constitute entrapment.

It’s different from the police, for example, providing an opportunity for someone to commit a crime such as setting up a location where there are selling drugs and people arrive to buy drugs. That may not be entrapment.

However, if police seek out someone and encourage or cause a person who would not otherwise have committed a crime to do so, that may be entrapment.

While police providing an opportunity to someone to commit a crime is not usually entrapment, persuasion can be.

An example would be an undercover officer pleading with a drug suspect to buy narcotics saying a family member was sick and they needed the money. This kind of police behavior goes above and beyond the providing of a criminal opportunity.

When an undercover agent used persuasion, such tactics are likely to be judged as entrapment and to lead to a not guilty verdict.

Entrapment defenses are more likely to succeed when an objective standard is present.

For example, a defense lawyer may present evidence of whether a police officer’s actions would have caused a normally law-abiding person to commit a crime.  Subjective standards are less likely to succeed.

On occasions, police sting operations may be flawed and constitute entrapment. If you think you have been the victim of an entrapment, please contact our Tarrant County criminal defense lawyer today.