It has been described as a “perfect storm” but it occurred before the devastation of Hurricane Harvey in Houston. Police shortages in both Houston and Dallas made local media headlines amid concerns falling manpower will impact criminal justice.

As Fort Worth criminal defense lawyers, we are well aware that a shortage of police officers puts those who remain under additional pressure. There’s a temptation to cut corners and to fail to carry out proper procedures that can impact defendants.

The Texas Tribune reported Houston police identify many property crime cases that are solvable but there are no officers available to receive the files. The chaos and displacement caused by the hurricane in late August can only make the situation worse. 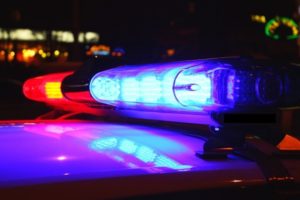 Officials blame this on the falling number of officers in Texas’ two largest city police departments.

Houston Police Chief Art Acevedo is candid that the situation will impact criminal justice. He said:

“At some point you get diminished returns, when you’re as lean as we are.”

Police officer recruitment has been impacted across the nation by recent police controversies. However, other problems are affecting the situation on the ground in Houston and Dallas.

Both cities have failing pension plans that led cops to jump ship to other locations. Dallas has seen a loss of young patrol officers who move to higher-paying suburban departments.

Dallas is failing to prevent young officers from transferring to Fort Worth and other surrounding suburbs that set up transfer programs in the past couple of years, stated Mike Mata, a patrol sergeant and president of the Dallas Police Association.

The Tribune noted that since 2011, Dallas’ police force saw the loss of more than 600 people, according to internal reports. More than 40 percent of that drop occurred since 2016.

Robert Taylor, a criminology professor at the University of Texas at Dallas said:

“It’s kind of like the perfect storm. You got failing pension plans, you have low pay, and then you have all sorts of political turmoil doing the job of enforcing in major cities.”

While Fort Worth is not losing police officers at the rate of Dallas and Houston, it has experienced issues with police morale against a backdrop of rising violent crime in the city.

If you believe you were unfairly arrested, call our Tarrant County criminal defense lawyer for a free consultation today.