Recently, Fox News reported how the father of a police officer who was killed in an ambush in July in Dallas, is supporting the legislation.

A heavily-armed sniper killed five police officers in Dallas during a Black Lives Matter protest. The killings by the army veteran were reported to be in retaliation against police after the deaths of two black men at traffic stops, the New York Times reported. 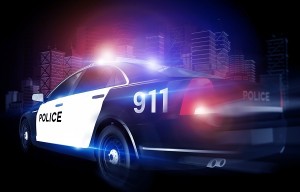 Offenses against first responders could become hate crimes in Texas

The Fox News article stated the number of violent deaths of police officers in 2016 represented a five-year high.

Representative Jason Villalba of Dallas is pushing the bill. He said it would help prevent attacks like the ones last year on officers in Dallas, San Antonio and Baton Rouge. He said:

“Will it end attacks on police officers? No. But will it start the process of beginning that process? Yes, we do believe it will.”

Shortly after the Dallas attacks, Texas governor Greg Abbott called for police officers to be added to the state’s hate crime laws.

However, some civil rights groups have questioned whether adding people to the statue by virtue of their jobs is consistent with an act intended to help minorities.

We recently noted how Louisiana already has a blue lives matters act and it’s proving controversial.

Louisiana’s hate crime highlights specific “underlying offenses” if a victim is chosen due to his or her race, religion, gender, sexual orientation, age, nationality, or due to their “actual or perceived employment” as a first responder. Police, firefighters, and ambulance personnel are protected under the law.

The Anti-Defamation League remains critical of moves to extend Texas’ hate crimes legislation to first responders. It said hate crime laws are meant to apply to defendants who target victims for characteristics such as race, religion, and national origin rather than the job they do.

If you have been charged with a hate crime in Fort Worth or the surrounding area, our criminal defense lawyer can help you.