We hear a lot about dangerous cities and soaring crime rates in Texas. However, little attention is given to the fact the state has some of the safest communities in the country.

Recently, the National Council for Home Safety and Security released its list of the safest cities in Texas.

The safest city in Texas was revealed to be Kermit, named after the American soldier, businessman, and writer Kermit Roosevelt, who was President Theodore Roosevelt’s son.

While Dallas and Fort Worth have recorded increases in violent crime, many of the safest communities were in the suburbs of these conurbations. 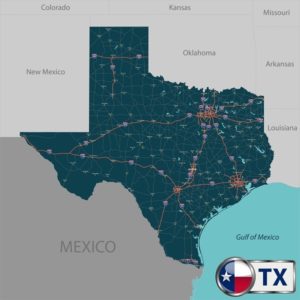 Trophy Club near Dallas was the second safest place in the state. The upscale suburb in the greater Dallas-Fort Worth area has about 12,153 residents, double the population of Kermit.

Colleyville is also in the Dallas-Fort Worth area. It’s about 3.5 miles away from Dallas-Ft. Worth International Airport and has about 25,491 residents.

The other places to emerge as the safest in Texas included:

To compile the survey, the researchers used the FBI Uniform Crime reports along with other population data and findings.

The list does not include cities that failed to submit a complete FBI crime report or cities with fewer than 5,000 residents.

The researchers ranked the cities based on factors such as the number of aggravated assaults, murders, robberies, rapes, burglaries, and thefts.

Safe cities make fewer headlines than dangerous ones. Recently, we noted how cities like Odessa and Lubbock are among the most dangerous places in the Lone Star State.

Serious crimes can occur anywhere If you have been charged with a crime, please contact our Fort Worth criminal defense lawyers.