Even when crimes are decades old, new information may come to light, allowing investigators to release new evidence.

Recently, in Brazos County in Texas, sheriff Chris Kirk unveiled new composite drawings of the suspect in an unsolved murder in College Station in December 1981.

The media channel WTAW reported how DNA technology was used to create the image of man at 25 and 70 – around the age the suspect would be today.

In 1981, Virginia Freeman, a 50-year-old woman, was stabbed multiple times. She was hit and strangled at the site of a home she was showing as a realtor.

The sheriff used DNA in the sample taken from under Freeman’s fingernail to create the composite drawings. 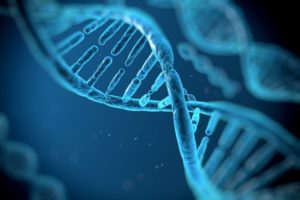 The investigation is part of the Texas Ranger Unsolved Crimes Investigation Program. This program was set up to assist Texas law enforcement agencies looking into unsolved murders or violent serial offenses. There is no statute of limitations for the offense of murder, allowing investigators to keep on following old leads.

DNA can be used to create a face via a new technology called DNA phenotyping.

A small sample of DNA found in a material like blood can be used to create a simulated face based upon genetic markers.

The technology remains in its infancy. However, many start-up companies in the United States are producing DNA-based sketches to help police departments in criminal investigations.

DNA phenotyping has already led to the clearing up of some cold cases such as a double homicide in Reidsville, North Carolina in 2012, reported NBC News.

However, DNA phenotyping is still in its infancy. Some academics question its accuracy and fear it will lead to racial profiling, reported the New York Times.

DNA phenotyping was first used in 2011.  However, it’s not a well-established technique and there are ongoing concerns about its use in criminal investigations.

A research team at Penn State University made it clear that this technique provides an “analytical framework” but plenty of further research is needed before it becomes an accepted method in criminal investigations.

If you have been charged with a criminal offense in Tarrant County, please call our seasoned criminal defense lawyer for a free consultation today.