In some cases, a defendant may be judged mentally incompetent to stand trial.

The Star-Telegram recently reported how the estranged wife of a famous pianist was deemed competent to stand trial for the deaths of the couple’s two young children.

However, previously, Sofya Tsygankova had an extended stay at a state mental hospital. She is the estranged wife of former Cliburn winner Vadym Kholodenko 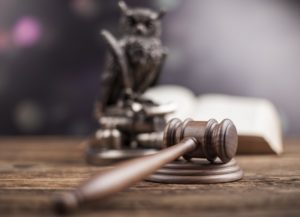 Texas mother can stand trial over deaths of children

The 33-year-old is accused of smothering one-year-old Michaela Kholodenko and Nika Kholodenko, 5, on March 17, 2016.

The mother sought out mental treatment the day before the children were found dead in the family’s Texas home, police said.

An empty bottle believed to be the antipsychotic drug Quetiapine was located in the kitchen, according to media reports.

The Star-Telegram reported she was booked back into the Tarrant County Jail on May 25. She pled not guilty to the capital murder charges.

Tsygankova was ordered to be evaluated at a state mental health facility on Oct. 31 last year by state District Judge Ruben Gonzalez.

A doctor completed a competency evaluation. The Star-Telegram report said the state did not oppose the findings of the doctor which were sealed by the court. A competency hearing was deemed not necessary.

Gonzalez extended Tsygankova’s stay at the North Texas State Hospital in Vernon by 60 days in March.

“The Court has been notified by the head of the facility that the defendant is not yet competent but may be restored to competency within the foreseeable future,” Gonzalez’s order states.

On May 18, one day after a report was filed by the North Texas State Hospital, Gonzalez issued a bench warrant for Tsygankova’s return. The report was sealed by the court.

Mental incapacity is a bar to capital punishment in the United States. However, many critics of the death penalty in Texas say people who are mentally impaired have been executed anyhow.

The insanity defense at trial generally hinges on the defendant’s inability to distinguish right from wrong or understand the “nature and quality” of the act committed.

In the context of capital punishment, insanity means the defendant cannot rationally comprehend that they are being put to death as a consequence of the crime committed.

No trial date has been set in the case of Tsygankova. The state is reported to be waiving the death penalty in, reported the Star-Telegram.

If you are charged with murder, it’s vital to hire an experienced Fort Worth criminal defense attorney to fight your case. See our murder resources here or call us today.