Fraud involving healthcare providers has been one of the biggest targets for federal agents during the Obama administration. In Dallas, 21 people who worked at a former medical center have been indicted in an alleged bribery scheme.

The medical provider is the now defunct Forest Park Medical Center in north Dallas. A federal grand jury indicted 21 people who were involved in the business. They are accused of being part of a bribery scheme that allegedly involved referring patients to the healthcare facility in exchange for illegal kickbacks.

According to the Star-Telegram, Forest Park was an out-of-network hospital with the ability to set its own prices and receive greater reimbursements. 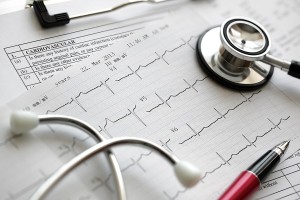 A federal indictment unsealed last year accused doctors and executives of paying and taking bribes and kickbacks for referrals of patients who had high-reimbursement private medical insurance. The indictment charges owners, managers and employees at Forest Park of trying to sell patients with lower-paying insurance, such as Medicare and Medicaid to other medical facilities for cash.

A statement from the U.S. Attorney’s office said the center was involved in kickbacks, bribes, and other financial inducements, from 2009 to 2013. The center is accused billing patients’ insurance plans and other programs in excess of $500 million.

The prosecutors say it collected over $200 million in paid claims.

Each of the 21 defendants named in the federal indictment is charged with one count of conspiracy to pay and receive healthcare bribes and kickbacks. These healthcare professionals face up to five years locked up in federal prison and a $250,000 fine.

They were found to have wooed about 11,000 Medicare patients with promises of food stamps, cash, and groceries as part of a healthcare scam that totaled about $400 million.

In April 2016, a federal jury in Dallas found Roy guilty in what was reported to be America’s largest home health care fraud involving a single doctor.

In a recent blog, we noted some high-profile instances of healthcare fraud in Texas.

If you have been charged with healthcare fraud, you are likely to be facing a serious sentence and probably the loss of your liberty. Call our Tarrant County criminal defense firm at (682) 204-4066.