Of all the many wrongful convictions Texas experienced over the last half century, Michael Morton’s remains one of the most high profile.

The miscarriage of justice is still felt across the criminal justice system in the Lone Star State and recently resulted in legislation intended to improve the system.

The Texas Tribune in a recent article pulled no punches about the failures highlighted by Morton’s flawed conviction.

The murder 30 years ago in Williamson County led to a “shoddy prosecution” that ignored the accounts of witnesses and withheld evidence, eventually resulting in the conviction of an innocent man, the article stated.

Morton spent 25 years in prison for the death of his wife before he was finally cleared by DNA. 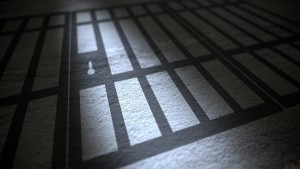 Morton’s wife Christine was bludgeoned to death in 1986 at the home the family shared. From the outset, her husband was the prime suspect.

There were few reasons why he should have been. Morton left for work earlier on the morning his wife was killed. The killing was witnessed by the couple’s three-year-old son who said the killer looked nothing like his father.

Neighbors reported the presence of a man who was lurking in the neighborhood before the killing and Christine Morton’s credit card was later fraudulently used in San Antonio.

The obvious flaws in the case did not stop police and Williamson County District Attorney Ken Anderson pinning the killing on Morton.

Morton was incarcerated for life in prison where he lost the confidence of his in-laws. His relationship with his son deteriorated.

The case illustrated how evidence that was inconsistent with the prosecution’s case was hidden. In 2008, Morton and his attorneys first heard of Eric’s description of the killer, the credit card use and an attempt to use one of Christine’s checks.

Three years later, DNA testing of a blood-soaked bandana found near the crime scene revealed Christine Morton’s blood and the DNA of a man who was not her husband.

The DNA was matched to Mark Alan Norwood, who had a criminal background in California and Texas.

Morton was released from prison and exonerated. Anderson, then a Williamson County state district judge, was investigated in 2013. The Tribune reported on how he resigned his post, lost his license to practice law and was jailed for 10 days.

In 2013, former Texas Governor Rick Perry signed the Michael Morton Act. It heralded new discovery rules, making it a requirement for prosecutors to share case files and all other relevant documents with defendants.

The Michael Morton case may be the most high-profile miscarriage of justice seen in Texas in recent years but it’s far from unique. We recently detailed how Texas regularly tops the national exoneration table.

Citing state data laws, The Tribune reported the State of Texas paid 101 people who were wrongfully incarcerated $93.6 million over the past 25 years.

In Texas, police and prosecutors don’t always play by the rules. If you have been charged with a crime in Tarrant County, you need an experienced criminal defense attorney on your side to level the field. Call us today for a free consultation at (682) 204-4066.