Allies in Youth Development (AiYD) is an organization that fights human trafficking and empowers Eastern European university students to become mentors for orphans. AiYD currently works with over 300 volunteers fro five different countries to impact the lives of over 2,000 orphans through friendship and mentorship.

Mentorship is one of the most important components in breaking the cycles of poverty and hopelessness for orphans. AiYD tasks Eastern European university students with mentoring orphans on their life goals, career goals, and spiritual purpose. The organization hopes to drive positive life changes for orphans by helping them break down emotional walls and focus on working hard. 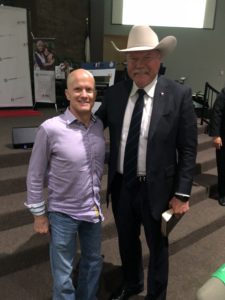 Although women and girls are most commonly kidnapped and trafficked, men and boys are also trafficked at high rates. Both groups are taken for two main purposes: forced labor and sexual exploitation. AiYDs’s two-fold mission is to increase awareness about trafficking issues and help orphans rise above the cycle of poverty.

The Medlin Law Firm is planning to work closely with Allies in Youth Development. Gary Medlin with his wife Yuliya recently attended the AiYD Color Their World charitable event, where the proceeds directly benefit orphans. The Medlin Law Firm fully supports AiYD’s efforts to improve the quality of life for orphans and end human trafficking.