Medicaid fraud remains a major target for federal prosecutors with some frauds topping $200 million in 2017.

A report on HealthPayer Intelligence noted law enforcement officials continue to crack down on Medicare fraud schemes that take millions of dollars from health programs.

Individuals and healthcare providers are continuing to submit fraudulent claims or to overcharge for unnecessary hospital stays or services, the report noted. 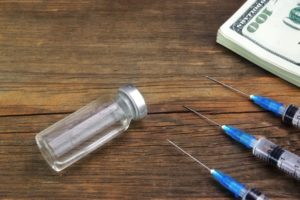 Medicaid fraud is a target for prosecutors

Borgesano along with seven other co-conspirators took part in a scheme through his pharmacy, A to Z Pharmacy, that defrauded Tricare and Medicare of $100 million.

Federal law enforcement agencies across the United States led convictions against doctors, pharmacies, providers, and hospice owners who are accused of defrauding the system. Many healthcare fraud cases were pursued in Texas.

In Florida, homes, cars, and a 50-foot boat were forfeited as part of the guilty pleas by Borgesano and associates. The combined equity in the homes, vehicles and the boat was over $7.6 million.

The authorities in Texas prosecuted a series of high profile medical providers in recent years.

Dr. Jacques Roy, 58, of Rockwall, Texas, was convicted of health care fraud for allegedly “selling his signature” to make almost $375 million in false claims to Medicaid and Medicare. The Texas scheme was described as the largest home healthcare fraud case in the history of both programs.

Roy was convicted by a jury of eight counts of committing health care fraud, two of making a false statement, a charge of conspiracy and obstructing justice. Three other medical workers were convicted in relation to the scheme.

In a recent report, the National Review reported Medicaid fraud cost a staggering $140 billion a year.

Widespread abuses of the system have been reported including claims some doctors making claims are not even doctors.

If you have been charged with healthcare fraud, please call the Medlin Law Firm today for a free consultation.