Many “High Threat” Criminals on Mexican Border With the U.S. Were Picked up for Minor Drug Offenses

When the authorities talk about “high threat” criminal arrests at the US/Mexican border, we think of crimes like drug trafficking, human trafficking, and violent crimes.

However, a recent report from Associated Press suggests some of those classified as “high threat” criminals may have been arrested for traffic offenses, DWIs and even the failure to pay child support.

Texas Department of Public Safety classified in excess of 1,800 offenders who were picked up close to the border by highway troopers in 2015 as “high threat criminals.”

The department had claimed conventional data did not do the seriousness of these crimes justice, reported Fox News. 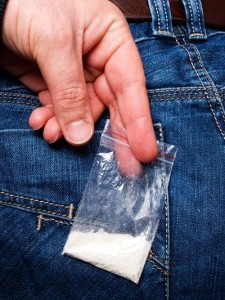 Were it not for an investigation by the Associated Press, the claim may have gone unchallenged.

AP took advantage of the open records laws. Investigators picked up a record of the 2015 Texas Highway Patrol arrests classified as “high threat” in 60 counties around the border. They then looked at jail and court records in El Paso and Hidalgo counties, the places with the highest number of arrests.

The “high threat’ incidents uncovered included a trailer that came unlatched and rolled into traffic, killing a driver. This incident occurred more than 150 miles away from the border. Crimes involving suspected killers and human traffickers were included with hit-and-runs that caused no injuries and speeding teens.

More than 190 “high threat” arrests in El Paso County in 2015 were for drug offenses. Almost a third of these arrests were less than a gram of drugs such as cocaine or small amounts of marijuana.

In Hidalgo County, considerable numbers of more than 160 high-threat arrests for drug possession were by alleged cannabis smugglers, about 20 percent charged with having less than a gram or pot or other low-level drug charges.

The AP investigation found little evidence to suggest those who were caught up in the border operation were entering the United States illegally. This was a claim made by Republican Lt. Gov. Dan Patrick.

In response to the AP investigation, the Texas Department of Public Safety will recommend removing child support evaders from the list. However, it defended the data itself.

At the Medlin law firm, we represent people charged with a wide range of drug offenses in Texas. You can read about our practice here.

Texas takes drug offenses very seriously, even possession of small quantities. Please call us for a consultation if you have been charged with a drug offense at (682) 204-4066.