Man Who Romanced Women for Money in Tarrant County is Arrested

Crimes of deception take many different forms. In Tarrant County, police have arrested a man who was accused of romancing women for money.

Derek Allred was picked up on a warrant for credit card abuse issued out of Collin County, according to Kyle Koiner, a spokesman with The Colony Police Department.

Allred was accused of targeting women in Texas, Arizona, Minnesota, and California. According to the police, he misrepresented himself as a successful lawyer, doctor and a member of other reputable professions.

He was also charged with impersonating a police officer in Minnesota, according to reports. 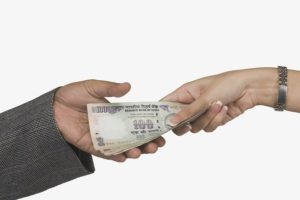 WFAA reported he pleaded no contest to a theft charge in Arizona but then fled the state before he was sentenced.

Shortly before the arrest, The Colony Police Department posted on its Facebook page and warned residents to look out for Allred.

Recently, we noted how dating sites are used by criminals for a wide range of activities.

Up to 10 percent of known sex offenders use online dating services to hunt for victims, according to reports.

We noted how Crime Watch enlisted the help of Chris Powers, a TV personality known for social experiments on YouTube. The survey found women are far too trusting. It claimed Internet predators commit as many as 100 murders a year, 16,000 abductions, and thousands of sexual assaults across the country.

Crimes of deception are also widespread on dating sites. Often people post fake profiles and try to lure in potential daters to give them money. Dating sites contain numerous dangers and are commonly used by scammers as well as people with criminal backgrounds.

If you have been charged with an Internet crime you should be aware there are a lot of gray areas about what constitutes deception. These can be very complicated offenses.