Usually, when doctors harm patients, their actions constitute medical malpractice but usually fall short of criminal negligence. The case of Dallas neurosurgeon Christopher Duntsch was an exception to the rule. Duntsch was accused of intentionally botching surgeries. He was jailed for life earlier this year. Duntsch was charged with causing an injury to a 74-year-old patient. The prosecution pulled few punches in the trial, asserting he “intentionally, knowingly, recklessly, or with criminal negligence” harmed the patient, reported D Magazine. It’s very rare for surgeons to be charged for their conduct during operations. Usually, if surgeons make a mistake they are subject to a civil medical malpractice lawsuit also brought against a hospital. Stephanie Martin, one of the prosecutors in the Duntsch trial told Healthcare magazine she was not aware of a case in the U.S. where a doctor was charged for his or her behavior in surgery. 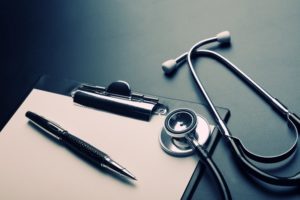 She said Duntsch harmed a series of patients and there was a clear pattern.  Prosecutor John McCants said the former neurosurgeon’s demeanor, which he said was egotistical, supported the argument that the surgeon intentionally harmed patients. Jeff Glidewell, one of Duntsch’s victims who testified against him, said the doctor’s actions were criminal rather than being medical malpractice. He cut a hole in the patient’s esophagus and cut his left arterial artery. His left vocal cord was cut and he was left half-paralyzed. McCants claimed the surgeon is a narcissist described himself as a cold-blooded killer or a God. He said he believed he could get away with anything. McCants said that, given Duntsch’s history, patients would continue to be harmed. Duntsch gained the nickname “Dr Death.” An article in the Washington Post said his operations were linked to the deaths of at least two patients. As many as 32 patients were involved, reports stated. While two were killed, two others were paralyzed. Cases in which medical professionals are accused of deliberately harming patients are rare. However, when they occur they are invariably shocking. A general practitioner called Dr. Harold Shipman was one of Britain’s most prolific serial killers. He was linked to the deaths of at least 250 of his patients. While Shipman deliberately killed his patients, Duntsch’s case is more nuanced, even though he wrote about his desire to become a cold-blooded killer in a letter. Cases in which patients are hurt or killed by surgeons usually remain in the civil arena and don’t lead to criminal negligence charges. If you have been charged with a serious offense of this nature, it’s vital to seek the assistance of an experienced Texas criminal defense lawyer.