Kindergarten Teacher From Killeen is Accused of Rape of a Student

Sexual assaults and rapes by educators have been in the news in Texas in recent years.

In May, the arrest of a kindergarten teacher from Killeen for the alleged rape of a student shocked a community.

The Houston Chronicle reported the arrest of 41-year-old Thomas Lloyd Cannon, a teacher at Iduma Elementary School, with the aggravated sexual assault of a child.

A report on KDH News in Killeen said the teacher was being held on a $500,000 bond. He could face up to 99 years in prison if he’s convicted. An affidavit from the Killeen Police Department affidavit said the victim is a six-year-old girl. 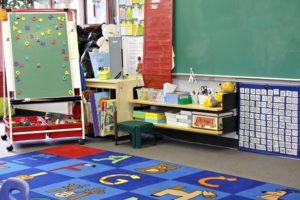 Teacher is accused of rape of a student at kindergarten

The report said she told her grandmother on May 10 that the teacher had done “nasty things” to her and her friend at the school, the report stated.

The Chronicle reported Killeen ISD issued a statement saying Cannon had been removed from the classroom, in lieu of a full investigation. Staff at the school called parents of children in Cannon’s to notify them of the developments.

“The safety of our students is always our highest priority at Iduma Elementary and across KISD and we take their safety very seriously. We strongly condemn the alleged misconduct and will never allow any teacher or other KISD employee to behave inappropriately with students. If the allegations of misconduct in this case are true, we will support the strongest possible action against the teacher.”

Texas is no stranger to charges being brought against teachers. However, it’s unusual for a kindergarten teacher to be charged.

Earlier this year, Alexandria Vera, a teacher from the Houston area who became pregnant with the child of a 13-year-old student, was sentenced to 10 years in prison for aggravated assault of a child.

The Texas legislature has introduced new measures to crack down on relationships of this nature. The legislation will require principals and superintendents to report teachers having inappropriate relationships with students. Failure to do so will result in a state jail felony or a fine of up to $10,000.

Texas teachers have been the subject of numerous lurid headlines in recent years. While there have been some shocking cases, educators are also vulnerable to false allegations in the current climate. If you have been charged with an offense like the rape of a student, you are likely to be facing a long prison sentence. Call our Tarrant County criminal defense lawyer today.