Before the legislative session began in January, some important procedural changes impacting courts and the judiciary came into effect.

One piece of legislation that became law on Jan. 1 2017, prohibits a judge or justice from owning any voting stock in a company or business entity that owns, manages or operates a rehabilitation facility or a private correctional center.

Rep. Marsha Farney, R-Georgetown, who authored the bill, was concerned about possible conflicts of interests. Arguably, judges who own voting stock in such a facility might be more likely to jail a defendant. 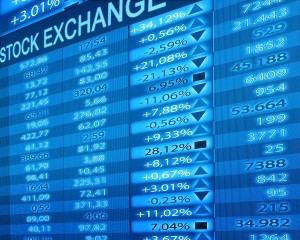 Judges cannot hold stock in companies that own correctional facilities

The act reduced the amount of voting stock allowed to be held by a judge from 10 percent or $15,000 of fair market value to none. The analysis of the bill that was submitted to the Texas Legislature stated:

“The parties contend that it is a conflict for a justice or judge to have any direct investment at all in these facilities and assert that the threshold value for what constitutes such a direct investment should be removed.”

Private prisons have been expanded in Texas in recent years. However, an admission last year that they are less secure than prisons run by the federal government led to a decision to phase out contracts with private contractors.

An article in Houston Press noted the decision to phase out contracts with 13 private prisons that were managed by the Federal Bureau of Prisons.

The bureau is the agency that’s responsible for federal inmates. Five of the prisons in question were in Texas.

The retreat from the use of private prisons was announced by former Deputy Attorney General Sally Yates to Bureau of Prisons officials.

Yates said not only did private prisons fail to offer inmates the level of services and resources as federal facilities did, but they also failed to substantially cut costs.

The announcement does not mean private prisons will be closing down any time soon. Yates said officials should stop renewing contracts with private facilities or at least reduce the scope of the contracts.

Only three of the prisons listed would stop housing federal inmates, Yates said. She did not identify them.

Trump has yet to indicate the extent of private prisons in his administration and the role they will play as part of his law and order reforms. At the Medlin Law Firm, we are concerned about your rights in jail and about facilities that are not up to standard. If you have been charged with an offense, contact us here.