The case of a rape victim who was jailed in Houston to make sure she testified has sparked new legislation in Texas dubbed “Jenny’s Law.”

The Texas House of Representatives recently passed a bill giving victims of crimes jailed for their testimony extra protection and legal representation in light of the case.

It was named in honor of a rape victim from Harris County who was jailed for a month. Jenny, the rape victim, suffered from schizophrenia and bipolar disorder. She threatened not to take the stand against her attacker. 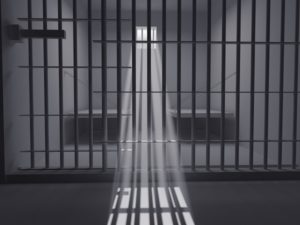 A report in Houston Press detailed how a prosecutor booked her in jail for 27 days in order to secure her testimony and a conviction last year.

The bill was introduced by Sen. John Whitmire after media reports on Jenny’s case.

It requires a hearing before any witness is held in a Texas jail on a writ of attachment.

This is a legal document giving a county permission to hold a witness who has refused to testify. The new bill also requires an attorney be appointed to represent the witness. Jenny’s Law also requires a public court hearing, as opposed to a hearing in a judge’s chambers as happened in Harris County last year. The law requires a re-hearing of the case after 15 days and that a state report is compiled to make sure witnesses are not being locked up.

Attorneys acting for Jenny said information went missing in the case and there was a no mention of medical records from a mental institution in Jenny’s jail file.

Harris County District Attorney Kim Ogg applauded the bill according to a report in the Houston Chronicle, saying the measure will provide witnesses in criminal cases the same constitutional protections as the defendants they are testifying against in the case.