Taking an intimate photo of a roommate who was passed out half-naked could land a woman from Fort Worth in jail for as long as two years.

The Star-Telegram reported how a 55-year-old woman has been charged with a state jail felony. She is accused of taking a picture of a half-naked roommate and sending it to others.

The report noted Belinda Kay Norris from Fort Worth was charged with invasive visual recording. 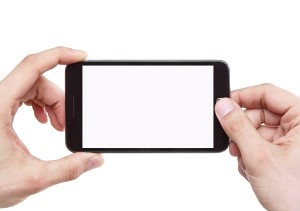 A woman from Fort Worth was charged with invasive visual recording

The arrest indicates how seriously these kinds of offenses are taken. The 45-year-old roommate told police she had been staying at the defendant’s house for three weeks and the two had argued.

She said she passed out after taking prescription medicine. She put on a shirt and fell asleep on her bed. There was no lock on the bedroom door. When she woke up several hours later she alleged she received a text from her sister. It said Norris has sent a picture of her slumped on the bed and naked from the waist down.

The report said the woman’s boyfriend and other parties received the picture.

Police arrested Norris in August and she was released on $1,500 bail. She faces up to two years in a state jail if convicted.

Intimate Photos Can Spark the Offense of Invasive Visual Recording

The offense of invasive visual recording is contained in the Texas Penal Code 21:15.

You can be charged with the offense if you photograph or video or use another device to record and broadcast the intimate area of another person.

The victim must have a reasonable expectation that the intimate area is not subject to public view and must not have authorized the recording. The offense also applies to a bathroom or a private dressing room.

There are circumstances in which these cases may not be cut and dry. For instance, the victim may have originally agreed to having intimate images taken and then claimed he or she did not. You should avoid distributing any image of the intimate area of another person. However, if you are charged with this crime there are often defenses available.

Gary Medlin has been a criminal attorney in the Fort Worth area for over 33 years.

If you have been charged with an offense of this nature it’s vital to hire experienced and aggressive representation. Call us today at (682) 204-4066.