Deaths in police custody occur too often in Texas and there is often little information about the cause. Recently, a DWI inmate in Parker County west of Fort Worth died after she was found unresponsive in her cell.

A report in the Star-Telegram noted the woman was in Parker County Jail.  The woman was found to be unresponsive in her cell in November. She died at a hospital in Weatherford, according to the authorities.

The Star-Telegram reported Denay Birnie, 27, was arrested by Weatherford police on charges of driving while intoxicated (DWI) with a child in the car and resisting arrest, according to online jail records.

Deputy Danie Huffman, a spokeswoman for the sheriff’s department, said the woman was booked into the Parker County Jail just before midnight. 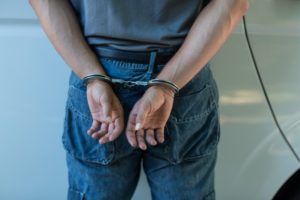 The sheriff’s department provided no further details on the cause of the woman’s death after her DWI arrest.

Detention workers said they found Birnie unresponsive in her cell. She was transported to Medical City Weatherford hospital and pronounced dead at 5:34 a.m., stated the Tarrant County medical examiner’s office.

Huffman said the Texas Rangers are investigating the case. The media report stated Birnie was previously convicted of misdemeanor assault and felony drug possession five years ago, according to information in court records.

The death of Sandra Bland, an African American woman, sparked a national debate about fatalities in police and prison cells.

Bland was stopped by a DPS trooper in Texas in 2015 for a traffic infraction. The stop escalated into a dispute and the trooper arrested Bland for assaulting a public servant.

Police cell deaths may occur more frequently than many people realize. The Baltimore Sun‘s 2014 investigation into deaths in the city’s police cells revealed that in a four-year period more than 100 people won court judgments or settlements related to allegations of brutality and civil rights violations.

African Americans were more likely to lose their lives in these circumstances, the reports found.

If you are arrested for a DWI, it’s important to hire an experienced Texas DWI lawyer so as you do not end up languishing for long periods of time in a cell.

Call our Tarrant County criminal defense lawyers today for a free consultation about your case.