In recent months, the Texas Department of Public Safety has boasted of a more proactive posture in border areas that gives less emphasis to speeding tickets.

However, an analysis by the Dallas Morning News in Hidalgo and Starr counties questions the claims that higher level criminals are being targeted and the enforcement effort has gone beyond catching speeding motorists.

The study found that while troopers have conducted fewer stops after local people complained at over-zealous enforcement, the agency continues to write as many citations as ever. The two counties accounted for 8 percent of all tickets in the state.

The figures have raised concerns at a time when DPS is requesting an additional $1.1 billion to finance border security. 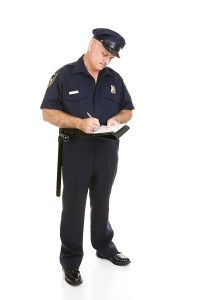 DPS Director Steve McCraw has defended the emphasis on border traffic enforcement. He said if a trooper sees an infraction he or she will act.  The agency says scouts for border drug cartels deliberately engage law enforcement officers on the highways to act as decoys.

Agency spokesman Tom Vinger pushed dismissed any notions of harassment and the patrols being heavy-handed.

Three years ago, the state announced a border surge which was intended to fight increased illegal crossings and activity by drug cartels. In 2015, the state approved $800 million to bolster that presence, hiring 250 additional DPS troopers at the border.

President Donald Trump has promised to further crack down on security at the Texas border.

Agents claim some recent successes like the liquid meth worth $2 million that was seized at the border in December 2016.

However, an Association Press investigation in 2016, suggested many people who were classified as “high threat” criminals were arrested for offenses like traffic infractions, DWIs and even the failure to pay child support.

Texas Department of Public Safety classified more than 1,800 offenders who were arrested near the border by highway troopers in 2015 as “high threat criminals.”

If you have been charged with a crime by a state trooper or another law enforcement official you have rights. It makes sense to contact and hire an experienced Fort Worth criminal defense attorney as soon as possible.