Texas criminal defense lawyers are always concerned to hear about inappropriate DWI arrests. If a police officer has failed to follow correct procedures a conviction can be challenged.

Recently, the Galveston County Department of Public Safety confirmed an investigation is underway into a trooper after a DWI suspect took a ‘selfie’ in the front of his car. 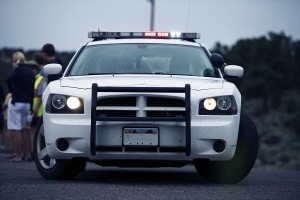 A report on ABC13 stated 18-year-old Victoria England was in the front passenger seat of the officer’s cruiser. She was pictured with her eyes closed. She was not handcuffed and her tongue was sticking out. England told the TV station she didn’t take the picture for fun. The officer was by her side and she said he let her take the ‘selfie.’

ABC reported that England was pulled over on July 23 on the Gulf Freeway in Dickinson. The report said she admitted not having a license and failed a breath test.

England said the trooper also took her to a restaurant in Galveston to meet up with her friends before booking her into jail.

The ABC report alleged the trooper touched her inappropriately and made inappropriate comments.
The trooper was not charged with a crime after the incident. However, DPS spokesman Lt. Craig Cummings said he was assigned to administrative duty as an investigation into his behavior took place. No other information was released by the Galveston County Department of Public Safety.
When police officers or troopers behave inappropriately or incorrectly during a DWI stop, there may be grounds to challenge the arrest.

The most common issues are not officers allowing suspects to take pictures or inappropriate behavior. Lacking the reasonable suspicion for a traffic stop is one of the most significant factors that can undermine a DWI arrest in Texas.

Another is the failure to carry out proper protocols during field sobriety tests or improperly conducting breath tests.

Often people who are charged with a DWI fail to realize an officer is acting inappropriately or failing to follow protocols. When you are charged with this offense, you are likely to panic and a lot of grim scenarios go through your mind. You may not question why you were pulled over in the first place or whether the test was properly carried out.

At the Medlin Law Firm, our attorneys know all of the ways police make mistakes during drunk driving stops and the consequences of a failure to follow protocols.  Gary Medlin looks at every DWI charge with the aim of getting it dismissed or reduced. He will do everything in his power to prevent the loss of your license.