Texas was at the center of federal round-ups of so-called illegal immigrants as the Trump administration’s policy of getting tough on immigration got underway.

In February, Immigration and Customs Enforcement (ICE) officials arrested 51 foreign nationals in raids on the Austin and San Antonio areas.

They say 23 of those who were picked up had criminal convictions.

Although illegal immigrants with criminal convictions are identified as top priority for deportation, federal agents stand accused of picking up any undocumented bystanders they identity over the course of their investigation into “criminal aliens.”

Operation Cross Check targeted foreign nationals who are suspected of living in the United States illegally. It prioritized fugitives, re-entrants, or anyone with a criminal record.

Those picked up included a Mexican citizen previously from the country who was convicted of aggravated robbery, ICE officials said. 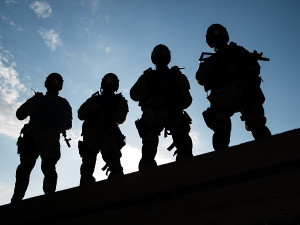 They also listed a citizen of El Salvador who admitted sexual assault of a child and a Mexican convicted of domestic violence charges as a repeat offender.

A report in The Statesman said 27 of the illegal immigrants were booked into Burnet County Jail after a statewide raid.

Capt. Matt Kimbler of Burnet County told The Statesman the county has a long record of working with Immigration and Customs Enforcement to detain immigrants. It keeps them for up to 72 hours.

The policy is at odds with that of Austin where the new sheriff Sally Hernandez has stopped cooperating with ICE to honor “detainer requests” unless the illegal immigrants in question have committed serious crimes.

Kimbler told the media he wasn’t sure how many of the undocumented inmates came from arrests in Travis County.

Trump has maintained illegal immigrants are responsible for a disproportionate number of crimes. In his recent speech to Congress, he drew attention to crimes committed by undocumented immigrants and outlined a new office he is setting up to deal with the issue.

The Department of Homeland Security recently announced it would create the Victims of Immigration Crime Engagement office, or VOICE.

Some experts have taken issue with the assumption that immigrants commit more crimes. In a recent article, the New York Times cited research that points to immigrants committing fewer crimes than people born in the United States.

If you are arrested by federal agents or local police you have rights. Read about them here. Call our Fort Worth criminal defense lawyer for vigorous representation at (682) 204-4066.